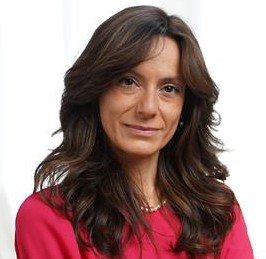 Specialist in Obstetrics and Gynecology
Referent for screening and therapy oncological pathologies of the lower genital tract
Laser Therapy HPV Related Injuries.
Clinical Institute of the City of Brescia

– Gynecological surgical activity, with particular interest in the treatment of pre-cancerous lesions of the lower female genital tract, in particular with the laser technique. Participation in training courses with live-sorgery as a speaker and first operator surgeon in the field of surgery with laser technique for the treatment of pathologies of the lower female genital tract.

During the period of professional training and in the years of medical practice as a Specialist Doctor in Gynecology-Obstetrics participation in numerous national and international conferences, for in-depth studies and updates in the Obstetrics and Gynecology field. On a national level, she participates in scientific obstetric-gynecological training congresses as a speaker.