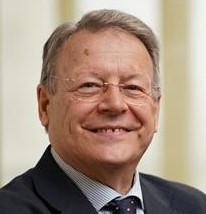 From 1975 to 2011 he worked at the Civil Hospital of Brescia where he was medical director, director of the Departmental Structure of Urogynecology and head of the Obstetric-Gynecological Complex Operative Unit.

He currently carries out clinical and surgical activities as an obstetrician-gynecologist and urogynecologist at the Clinical Institute of the City of Brescia of the San Donato Health Group.

In addition to exercising clinical and surgical activities, he was a lecturer in the Specialization Schools in Obstetrics-Gynecology and Urology and in the degree courses in Obstetrics and Nursing at the University of Brescia.

He has participated in the drafting of numerous degree and specialization theses. He is the author of over 250 national and international scientific publications, especially of an urogynecological nature; speaker at numerous scientific conferences in Italy and abroad.

Former member of scientific and executive committees of various Scientific Societies and Associations, including the Scientific Committee of the Italian Continence Foundation.