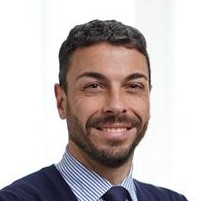 Specialist in Obstetrics and Gynecology

Head of the gynecology unit

Work experience – Currently HEAD of the U.O. of Gynecology at the SANT’ANNA CLINICAL INSTITUTE – GSD, Brescia
– Currently Gynecologist of the team of Pelvic Floor Surgery and Proctology at the San Donato Clinical Institute – GSD;
– FROM JANUARY 2018 TO JANUARY 2020 CONSULTANT-TUTOR IN GINE-COLOGIC SURGERY AT “CIVIL HOSPITAL” OF VOGHERA;
– FROM 2015 TO 2016, CONSULTANT-TUTOR IN GYNECOLOGICAL SURGERY AT “OSPEDALE MAGGIORE” IN CREMA;
– FROM JANUARY TO JUNE 2017, CONSULTANT-TUTOR IN THE LAPAROSCO-PICA TECHNIQUE OF GENITAL PROLAPSE IN UROLOGICAL SURGERY AT “CIVI-LE HOSPITAL” IN SASSUOLO;
– SINCE 2012 PERIODICALLY PERIODICALLY PERFORMED TRAINING COURSES FOR BASIC AND ADVANCED LAPAROSCOPY AND MINILAPAROSCOPY FOR GI-NECOLOGY SPECIALISTS AT ITS OWN STRUCTURE IN BRESCIA AND IN OTHER HOSPITAL STRUCTURES;
– FROM NOVEMBER 2009 TO OCTOBER 2010, DOCTOR AT THE “PEDERZO-LI” CLINIC IN PESCHIERA DEL GARDA WITH THE ROLE OF REFERENT FOR THE SURGERY AND GYNECOLOGICAL ONCOLOGY OUTPATIENT;
– FROM JANUARY 2008 TO NOVEMBER 2009, DOCTOR AT “SANT’ANNA-GSD CLINICAL INSTITUTE” WITH THE ROLE OF REFERENT FOR THE COLPOSCO-PIA AND VULVAR PATHOLOGY OUTPATIENT;
– FROM NOVEMBER 2007 TO JANUARY 2008, ATTENDANT AT THE U.O. OF OBSTETRICS AND GYNECOLOGY OF THE FORLÌ HOSPITAL;
– FROM JANUARY 2007 TO NOVEMBER 2007, HE ATTENDED THE U.O. OF OBSTETRICS AND GYNECOLOGY OF THE “SPEDALI CIVILI” HOSPITAL OF BRESCIA, FOR PERIODIC UPDATES ON LAPAROSCOPIC TECHNIQUE;
– FROM NOVEMBER 2007 TO JANUARY 2008, DOCTOR AT THE “CLINICA SANT’ANNA” IN CASALE MONFERRATO (ALESSANDRIA);
– FROM MAY 2004 TO OCTOBER 2007, HAS WORKED AS A MEDICAL GUARD AT THE ASL CHIAVARESE (CHIAVARI-GENOVA), TOTALIZING MORE THAN 2500 HOURS;
– FROM NOVEMBER 2002 TO MAY 2004, HAS WORKED AS A DOCTOR ON THE WATCH AT THE “HEALTH SERVICE” IN GENOA;
– FROM 2002 TO 2007, HAS WORKED AS A FIRST AID DOCTOR IN COLLABORATION WITH CRI, AT THE “LUIGI FERRARIS” MUNICIPAL STADIUM OF GENOA

• Name and address of the employer “Istituto Clinico Sant’Anna-GSD”, Via Del Franzone n ° 31, Brescia
• Type of company or sector Private hospital with agreement
• Type of employment First level doctor
• Main duties and responsibilities Head of the Gynecology Department and the Gyneco-Logic and Robotics Surgery Service of the Sant’Anna Clinical Institute

– Classical high school diploma obtained at the Liceo Classi-co “Cristoforo Colombo” in Genoa in 1995;
– Degree in Medicine and Surgery from the University of Genoa on 29/07/2002;
– Specialization in Obstetrics and Gynecology achieved at the School of Specialties of Genoa, on 07/11/2007;
EDUCATION AND TRAINING – “Advanced Gynecological Oncology Forum: Reduction of the invalidity of cervical cancer treatment: nerve surgery and laparoscopic treatment”, held on 24-25 November 2011 in Milan;
– “Endometriosis: which management?”, Held on 22 October 2011 in Cremona;
– “Gynecological ultrasound: which standards”, held on 03 December 2011 in Cremona;
– “Training course: resuscitation techniques and and BLS”, held on March 19, 2011 in Brescia;
– “Enseal: the new advanced bipolar technology in Gynaecological surgery”, held on 14-15 September 2011 in Hamburg-Norderstedt (Germany);
– “Gynecologic endoscopy course with workshop”, held on April 14, 2012 in Berlin (Germany);
– “Training course on communication strategies in the management of the foreign patient”, held on 15 September 2012 in Naples;
– “Training course in endoscopy and sterility”, held on 18-20 September 2012 in Catanzaro;
– “Course of laparoscopic surgical anatomy of the female pelvis in oncology and infiltrating endometriosis”, held on 23-24 November 2012 in Avellino;
– “Advanced course on abdomino-pelvic laparoscopic surgical anatomy and radical surgery”, held on 7-9 March 2013 in Tubingen (Germany);
– “Hospital and territory: integrated gynecological clinic”, held on 20 April 2013 in Trento;
– “Open day on endometriosis”, held on 17 May 2013 in Cremona;
– “Surgery course: anatomy and female pelvic surgery”, held on May 30, 2014 in Crema as SPEAKER;
– “89th SIGO National Congress”, held from 28 September to 1 October 2014 in Cagliari as SPEAKER;
– “Female pelvis: highlights and integrated imaging”, held on 24 October 2014 in Chiari (Brescia) as SPEAKER;
– “Innovative treatment of symptomatic uterine fibroids”, held on 06 March 2015 in Milan;
– “Early and physiological menopause”, held on March 27, 2015 in Milan;
– “The treatment of recurrence of ovarian cancer and rare gynecological neoplasms”, held on 21 May 2015 in Milan;
– “Treatment of cervical cancer”, held on 3 July 2015 in Milan;

– “Refresher course for general practitioners: female urinary incontinence and urogenital prolapse”, held on 13-14 April 2018 in Brescia as SPEAKER;
– “XIII National SEGI Congress. THE ITALIAN JOB, held on 14-16 June 2018 in Avellino.
– “Conoscendo Genova, National Commission for Continuing Education”, held on 4-5 October 2018 as SPEAKER.
– “Low Impact Minilaparoscopy Course in Gynecological Pathologies”, held on November 26, 2018 in Rome as SPEAKER.
– “Low Impact Laparoscopy”, held on 3-4 December 2018 in Paris.
– “Ovarian pathologies: from diagnosis to treatment”, held on 25-26 February 2019 in Bergamo as SPEAKER.
– “Upgrade in Robotic Gynecological Surgery”, held on 7 May 2019 in Pisa.
– “15th AAGL International Congress on Minimally Invasive Gynecology” in affiliation with SEGI, held on 8-11 May 2019 in Florence.
– “Low Impact Minilaparoscopy Course in Gynecological Pathologies”, held on 20 June 2019 in Novara as SPEAKER;
– “Robotic GynClub”, held on 28/06/2019 in Trento;
– “Reconstructive surgery of the suspension apparatus of the pelvic organs: techniques in comparison”, held on 05/07/2019 in Ostia;
– “Advanced Course of Laparoscopy in Endometriosis”, held on 9 September 2019 in Avellino;
– “Theoretical-practical course on the standardization of the surgical procedure in hysterectomy and deep endometriosis”, held on 21-22 November 2019 in Avellino;
– “III Biennial Video Surgery Course in Gynecology”, held on 2-4 December 2019 in Acicastello (CT) as SPEAKER;

PERSONAL SKILLS AND COMPETENCES
Acquired in the course of life and career but not necessarily recognized by official certificates and diplomas.

DURING THE YEARS, I HAVE ACQUIRED SPECIFIC SKILLS FOR THE TRADITIONAL LAPARO-SCOPIC TECHNIQUE, MININVASIVE, MICROINVASIVE AND ROBOTICS WHICH, CURRENTLY, ARE THE GOLD STANDARD FOR MOST GYNECO-LOGIC INTERVENTIONS, BRINGING EVIDENT PROOF AND SCIENTIAL BENEFITS AND THEREFORE FOR THE HOSPITAL STRUCTURE. IN ADDITION, I ROUTINE PERFORM INTERVENTIONS FOR OVARIAN MALIGNANT PATHOLOGY IN ADVANCED STADIUM IN LAPAROT-MIA WHERE THE LAPAROSCOPIC TECHNIQUE IS CURRENTLY NOT INDICATED.
COMPLETELY INDEPENDENT IN THE DELIVERY ROOM AND IN THE MANAGEMENT OF EMERGENCIES OR EMERGENCIES AND BOTH OBSTETRICS AND GYNECOLOGY.