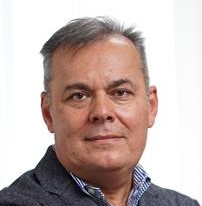 Specialist in Obstetrics and Gynecology

Head of the gynecology unit

Clinical Institute of the City of Brescia